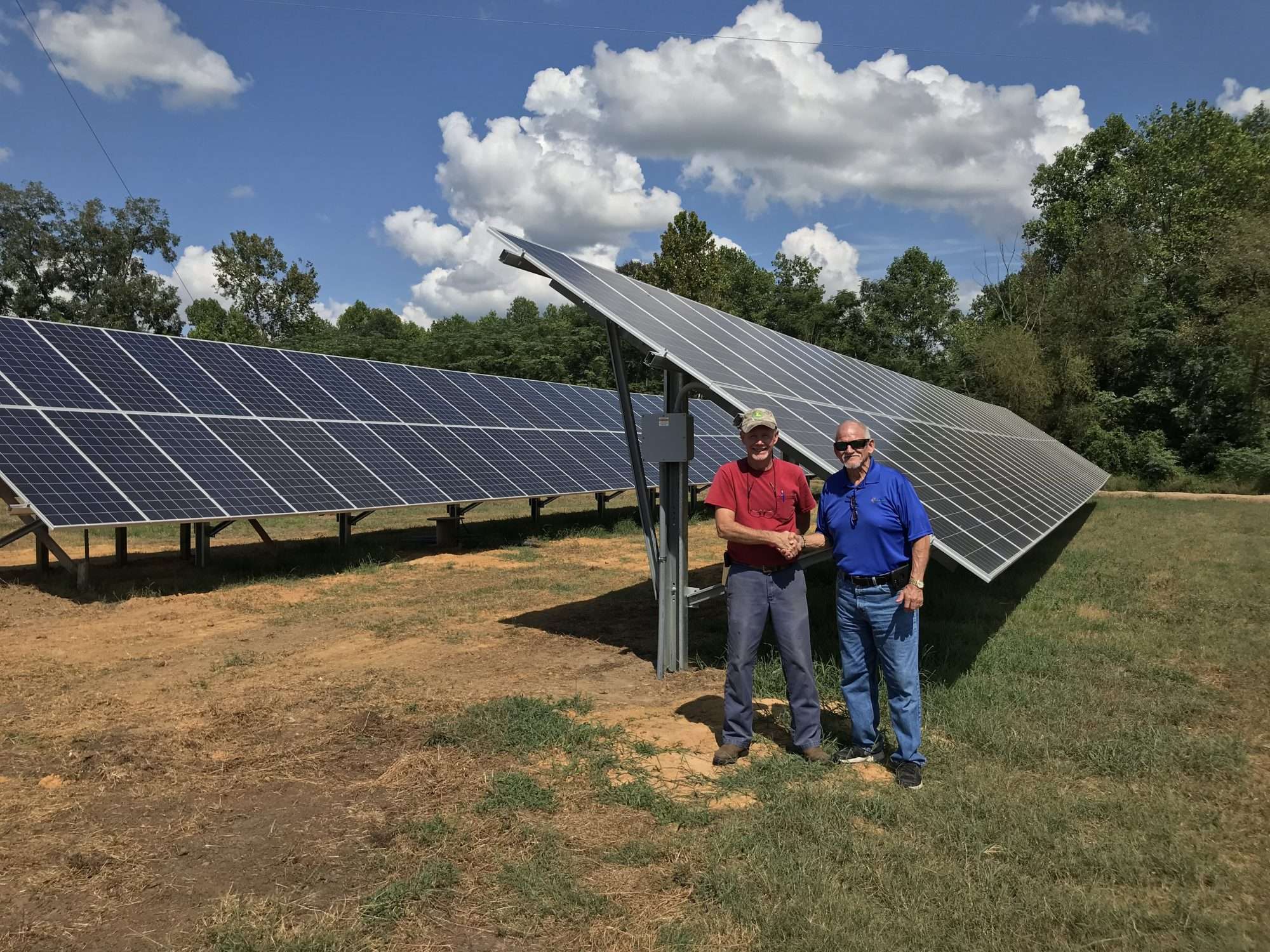 TK Poultry is an eight-house broiler operation that is split between two four-house locations. Each is run inde- pendently by one of two brothers – Gene and Paul Tatum.

We designed an 80kw system for the brothers and applied for the USDA REAP grant. Installation on Paul’s 40kw portion began immediately. His portion of the grant alone, along with a 30% investment tax credit and the use of MACRS accelerated depreciation meant that his out of pocket expenses were less than $7,000!

Once selected for the REAP grant, Gene’s installation was completed. Between the two systems, the brothers are expecting to save nearly $600,000 over the life of the system. However, though the system is designed to offset at least 65% of their power consumption, early reports show that the panels are producing as much as 10% more than expected!