Is Your Poultry Farm Wasting Power and Losing Money?

Discover the 5 Most Common Sources of Energy Inefficiency, and How to Stop the Bleeding

Poultry farms use a lot of energy. In fact, aside from property costs, energy and fuel are usually the number one expense. That’s why, any savings you can find in your energy costs, even small ones, have a large impact on your profit margins.

Where does most of this power get used? In four areas:

Coastal Solar has made poultry farms our number one industry to specialize in for exactly this reason – the energy and cost savings to be found by poultry farmers are so much greater than for other businesses and residences – even though they too can save a lot of money by switching to solar.

But saving money on energy is about more than just solar panels.

Picture poultry farms A and B. Suppose both use 10,000kWh per month. But poultry farm B has an extra poultry house, meaning it’s producing additional flocks each year for the same amount of energy.

How is this possible?

Because B found a whole host of ways to stop wasting energy.

So, if both farms decide to install solar panels, farm B will be producing more flocks for even lower costs, because farm A is using a portion of its solar power to pay for energy it wouldn’t need if its operations were more energy efficient.

Let’s get into the details. 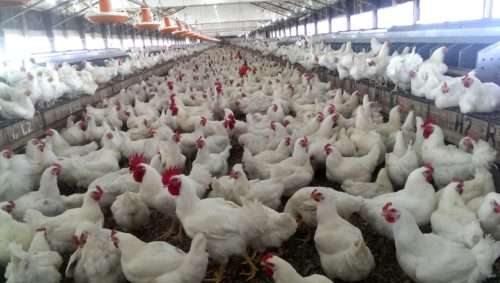 5 Ways You Could Be Wasting Energy on Your Poultry Farm

With minimal or zero insulation, a lot of heat escapes from poultry houses in the winter, and a lot of cool air in the summer. The lack of insulation increases energy costs by many orders of magnitude.

This Greece study of poultry farm energy efficiency found a 30 to 130 kWh/m2 range of energy consumption among a variety of poultry houses, more than a fourfold difference.

The primary reason according to the study? The amount of insulation used.

Cracks and gaps in doorways, windows, and walls blows all the hard work of your HVAC and fan systems out the building, literally. Your system has to work much harder to achieve and maintain the optimal temperatures for poultry flocks to stay healthy.

Dirty ventilation fans require more effort to keep turning, and don’t blow air as efficiently. One Maryland audit found dirty fans to be 40% less efficient than clean and maintained ones.

Old boilers, cool cells, fans, lights, and other equipment generally have to work harder to do the same task as newer and well-maintained models. Letting your equipment age and deteriorate costs you a lot in wasted energy.

If you’re still relying on incandescent bulbs to light your poultry houses 24 hours a day, you are costing yourself thousands per year in wasted power.

But it’s not just wasted power that could be saved by switching to more efficient bulbs. You’re also losing money to the labor it takes to replace these bulbs, which last about 1000 hours. This study found 90% of incandescent bulbs burn out during every flock, because the lights are on 24 hours a day. At that level of usage, you’ll reach 1000 hours in about 41 days. 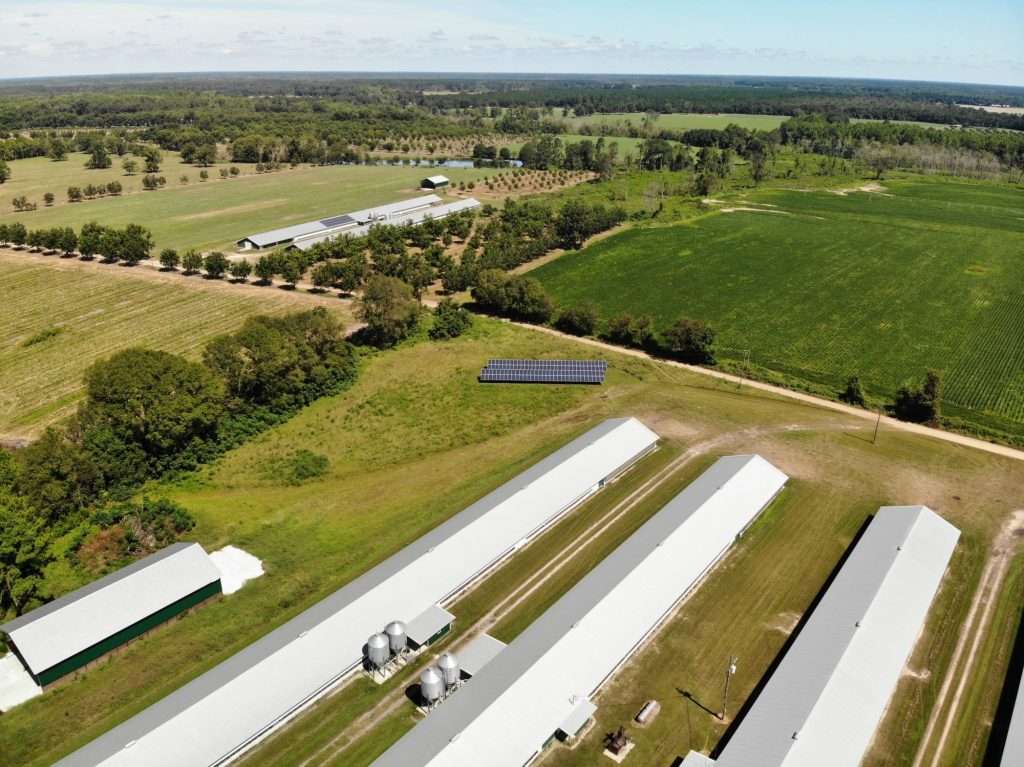 How to Fix the Causes of Poultry Farm Energy Loss

Before you do anything, get a baseline. Record your utility meter readings. You might consider installing some advanced data recording equipment.

You want to do this before making any changes, because then you can document how much energy – and money – the changes below have saved you after you implement them.

Once you’ve got your baseline, here are some changes you can consider making:

Yes, there is an investment here, and the payback time will take several years. But you will make your money back. The study referenced earlier recommends 4-5cm of insulation, or about 2 inches. Any more than that didn’t add measurable energy savings.

The savings from insulation happen in both warm and cold weather, because your poultry houses will pick up less “solar gain” in the summer, reducing the need for excessive air conditioning.

This huge energy saver reaps financial gains much faster than insulation, especially if you have a lot of gaps and cracks. Become a gap-sealing maniac. Get a little obsessive for a few months and knock all your repairs out at once.

The greatest energy wasting areas are usually around doors and windows. But depending on the quality of construction of the poultry house, the walls themselves could also be found to have sizable gaps.

Clean and Maintain Fans and Boilers

Remember, dirty fans can cost you 40% in additional energy costs. It’s worth your time to keep them clean and lubricated so they turn smoothly.

With boilers, clean all the heat transfer surfaces. If energy is wasted heating buildup on these surfaces, then it’s not being used to do its job.

Older fans just switch on or off. But your ventilation needs aren’t this one-dimensional. Sometimes you need more airflow, sometimes less. With variable speed fans, you’ll waste less energy blowing your fans at higher speeds than may be necessary.

Old equipment generally uses more energy than newer equipment. Check the ages of your big energy drainers, and see what newer models have to offer in terms of kWh savings.

Replace the ones that offer the greatest energy efficiency improvements first.

In those first few days of a new flock, you don’t need as much space. Use brooding curtains to section off your chicks to areas where you have more control over the temperature and airflow.

As you saw earlier, the savings you can gain from using more efficient lights involve more than just energy. LED bulbs last up to 50,000 hours, 50 times longer than incandescent ones. So not only do you save money on energy, but on labor as well because you won’t have to replace them as often.

The one issue with LED bulbs is, you must make sure they are compatible with your existing lighting fixtures. The same is true with other efficient bulbs like compact fluorescents (CFLs).

But make no mistake – there’s big money to be saved here. A Maryland energy audit determined one poultry farm would save between $11,000 and $18,000 by switching from incandescent bulbs to cold cathode fluorescents, which last between 5-8 years.

Each of these changes are relatively small. Some require some upfront investment. But because poultry houses have such high energy costs, the savings you’ll reap in the long run will always outrun the initial costs.

Back to those hypothetical poultry farms A and B.

Suppose both of them install solar arrays that produce 8000 kWh every month. Recall that farm A has one less poultry house than farm B, but was using the same amount of energy.

If Farm A were to make many of the changes described here and could cut their energy use by 20%, now their solar array would be producing all the power they need.

The point is – wasting power wastes money, and when the causes are known and fixable with relatively modest investments of time and expense, there’s no reason not to act now.

Want to Save Even More with Solar Power for Poultry Farms? 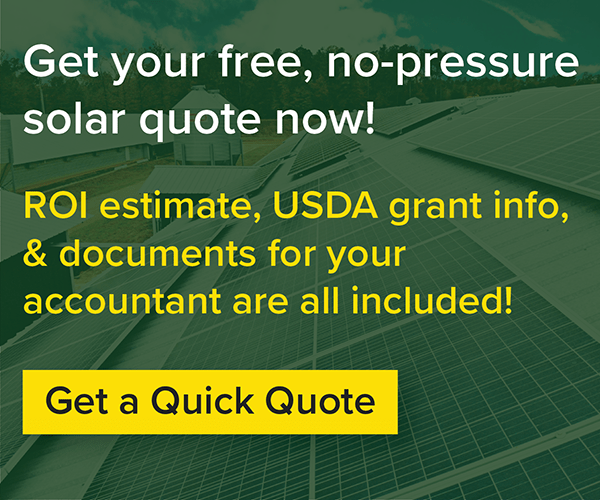