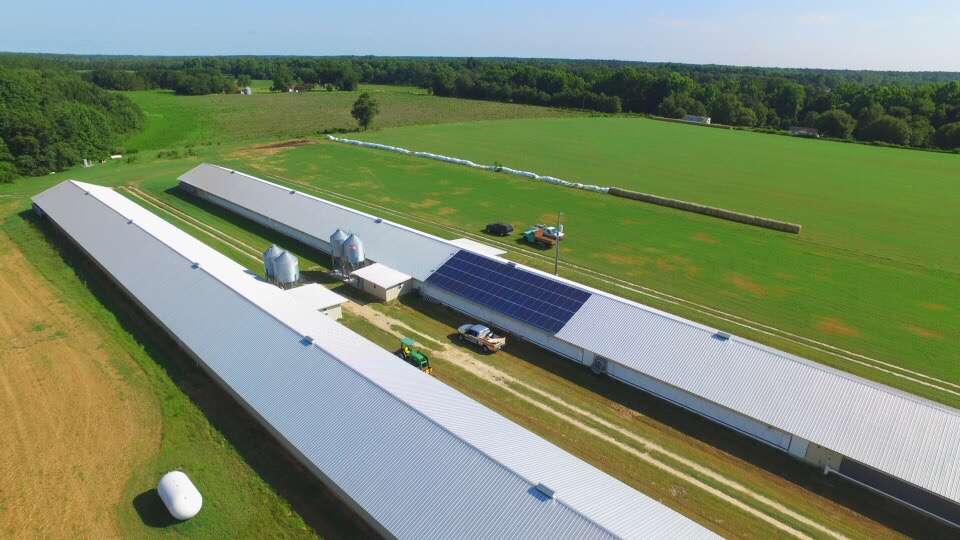 Brent Durrence is not only a poultry grower, but also a certified electrician who helps other growers with their electrical needs. He was already interested in solar power, but when one of his electrical customers asked him to participate in an install we were doing on their farm, he knew he wanted solar power for his own farm and that Coastal Solar was the company to do it.

Mr. Durrence’s poultry operation is meticulously managed. He keeps highly detailed logs of every expense, and as a result, his poultry farm is highly profitable. He knew what solar power would do to his profitability and was excited about the detailed, daily reports that the system provides.

As an electrician, he was able to participate in his own installation. He was so impressed by Coastal Solar’s professionalism and industry knowledge, that he has decided to partner with us to spread the news about the benefits of solar power for poultry growers.